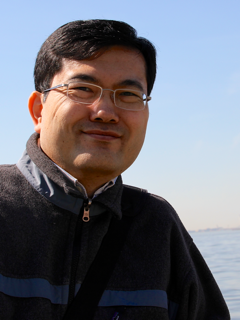 Tomo currently studies the molecular mechanism of multiple TGFb signaling modulators. He also takes care of the Xenopus frogs and all frog related projects in the lab.

Tomo received his Ph.D. at the University of Tsukuba, Japan. He studied the cell biology of unicellular organisms. As a postdoctoral fellow at the National Institute of Advanced Industrial Science and Technology (AIST, Japan), he began to pursue research on the molecular basis of vertebrate development.  He then moved to the United States to research the signaling networks underlying germ layer formation and patterning in the vertebrate embryo.